Only 25 short years ago, your children and/or coworkers were born, and pivotal events were taking  place...

More importantly, in January of 1989, Education Services (the E and the S of ESTI) was born with George Odegard, the founder and current president, at the helm.  A home-grown, basement operation right here in Saskatoon that has steadily continued to grow in size, services and market share.

Education Services began operations focused on educational software and providing computer-related services to educational organizations in the province of Saskatchewan.  And no, we didn't know much about the Internet at that time but we could establish and maintain a Datapac connection and our logo was a bar code.

For a walk down memory lane we enlisted the help of the first employee, Shaun Herron:

'When I started at ESTI, which was then called Education Services, the office was in George's basement on Saguenay Drive in Saskatoon.  My first desk was two saw horses and piece of plywood.  One of my lasting memories of the basement office was the view of the Saskatchewan River which was across a park backing the house.
As the sole proprietor of the business, George was very busy so I was on my own to get up to speed and understand my role.  I started with general office duties including answering the phones, preparing software copies for customers, arranging for hardware service, and some general accounting. 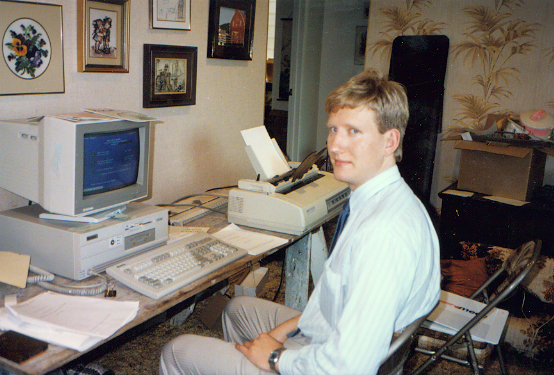 Within a couple of months I was on the road travelling across Saskatchewan as a Consultant and working for some of our initial clients which included Rural Development, Saskatoon (West) School Division, and Food Focus. One of the first things that I did for Rural Development was to install new computers and printers.  In most cases the new computers were the first with hard drives, 40 Mb to be exact, to be installed in the office and at the time were state of art.  It wasn't long before I built up some muscle moving the NEC P9 dot matrix printers soon to be followed by the larger and heavier HP LaserJet printers.

There is no doubt that my start at ESTI was a trial by fire that helped to forge a career that continues to this day.'

In the remaining months of 2014, we will share with you some of our employee insights and technology flashbacks from our 25 year journey. If you are one of our long-term clients, we invite you to send us any of your memorable moments involving ESTI services and staff. 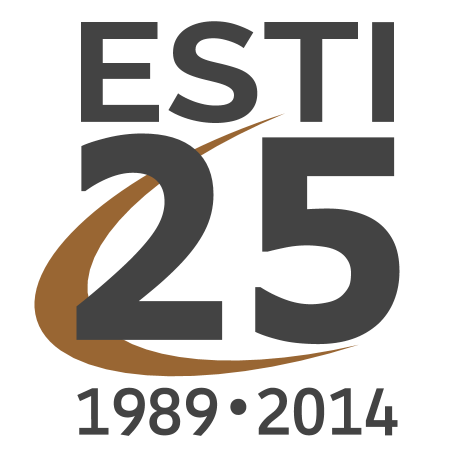 Secrets from an IT Veteran

World Back Up Day - We've got your back

March 31st is World Backup Day, an annual reminder to have a backup plan in place.