Cameco is one of the world's largest uranium producers and can account for 19% of world uranium production from it's mines in Canada and the US. Cameco is also among world leaders in uranium processing services. 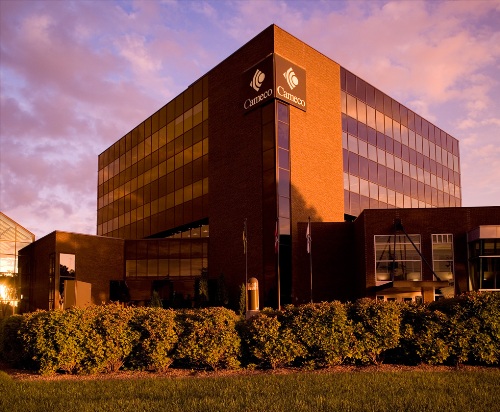 Cameco Corporation, with its head office in Saskatoon, Saskatchewan is the World's largest uranium producer.

ESTI has been working with Cameco to provide Project Management, Business Analyst, VMware, and Oracle consulting since mid 2007. Cameco's Business Technology Services and Business Process Enhancement teams were looking to improve upon reporting in the organization as a first step toward a Business Intelligence initiative. ESTI and Cameco resources teamed up and took on this challenging project.

Cameco had used Crystal reports for delivering information to users across the organization. This method requires that a software license or viewing software be installed on the desktops that need access to the reports. And, as new systems were developed or purchased, more current versions of Crystal Reports were used. As a result, Cameco had numerous versions of Crystal reports within the production environment. Since version 8, Crystal Reports has been acquired by BusinessObjects and more recently BusinessObjects has been acquired by SAP.

For the most part, reports were executed by a controller and distributed to the stakeholders via secure network drives. To date, Crystal Reports has been the tool of choice for enterprise application reporting. Several of Cameco's internal applications use Crystal reports as the primary reporting tool. Reporting from SAP is managed from within SAP and does not use Crystal Reports.

A centralized reporting platform, such as BusinessObjects Edge, was identified as a way to help Cameco keep a single tool standard for reporting, allow for security to be applied to reports more readily, and to apply controls around report changes as required by business leads.

A BusinessObjects Edge solution would also eliminate the need to have Crystal Reports installed on desktop machines. Reports could be viewed from a standard browser such as Internet Explorer. This technology also has dashboard capabilities and could be used as an interim solution for a Business Intelligence tool until such time as the corporation can undertake the Business Intelligence debate.

A successful proof of concept was completed prior to the test and production implementations. The focus of the first phase of this project included:

A go-live date was set early on in the project for November 11, 2008 and the project team was able to provide the BOE infrastructure and initial dashboards.

The second phase of the project will see Key Performance Indicators that are currently compiled manually from several data sources, automated within the BOE platform. As well, improvements on the dashboards and reporting built in the first phase will be made.